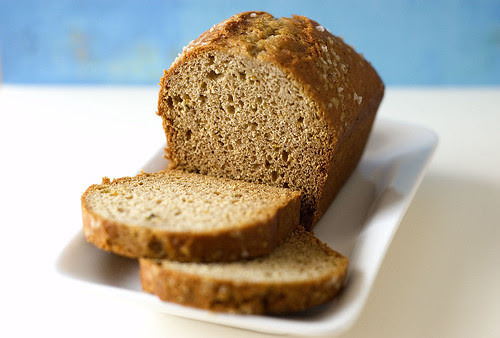 It might come as no surprise, but a majority of the things I make come directly from other food blogs. As soon as I read David Lebovitz's post about Pain d'épices, I was instantly intrigued. I will admit, the (relatively) low added fat content caught my eye (only half a stick of butter per loaf). Then, reading David's description of how the smell of the spices lingered in his apartment days after making it, well that pretty much sealed the deal. I had to make this. It sounded so good. Not to mention the combination of spices really piqued my curiosity. Pepper? Alongside cinnamon and nutmeg? Interesting. 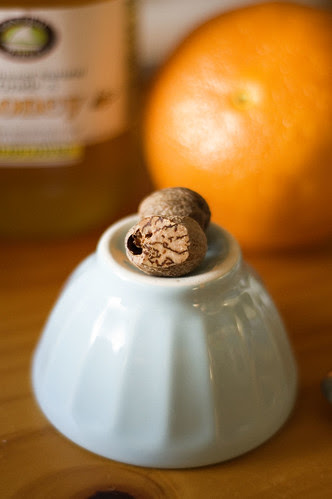 Since coming across this recipe, I've made it at least 4 or 5 times. It's just that good. It makes a perfect snack and is incredibly flavorful. Despite the low amount of butter in the recipe, this bread has a distinct buttery taste that sneaks up on you after you've first tasted the spices. It's really incredible. You can taste a hint of the pepper, but interestingly, it really works with all the other spices. It's very subtle and everything comes together with an amazing burst of complex flavors. 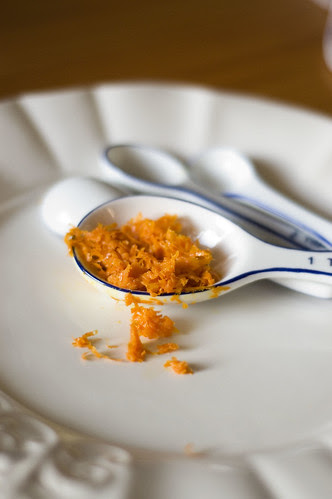 I've halved this recipe each time I make it, partly because I have no self control and would probably eat the entire loaf within two days, and party because the full recipe calls for a whole cup of honey. It just seems like a lot when you're looking at your honey supply, thinking you don't want to have to go buy more just so you can make this recipe. Half a cup just seems more reasonable. 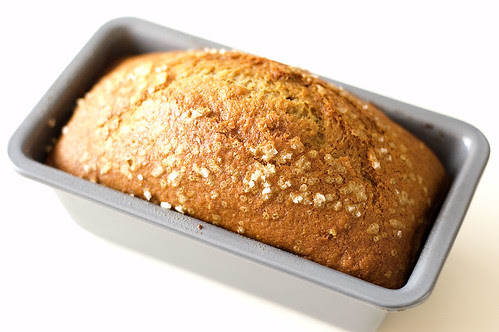 Since David gives measurments in in grams this recipe is easily divided using a kitchen scale. When it comes to the 1 egg in the recipe - I simply beat one egg, weigh it, then just use half by weight. I usually end up using the other half of the egg to make another batch within the week! Yes, I realize this defeats the whole purpose of making half a recipe at a time but hey, I don't always make sense. If you really wanted, you could probably just use one egg even if halving the recipe, but I haven't tried that yet. I doubt a little extra egg would hurt.


I also bake the halved recipe in two mini loaf pans (3 inch by 6 inch) and cut the baking time to about 30 minutes. Sometimes I like to sprinkle the top with fleur de sel. Yum. The bottom half of the loaf is usually a bit darker than the top half, not really sure why, but that doesn't bother me. I've tried reducing the baking time to prevent it, but for it to be fully cooked, the end result is always this way. 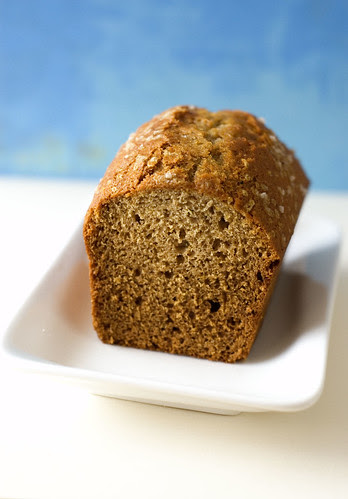 Some of the ingredients are a tad obscure and might not be stuff you have on hand (rye flour, anise seed, whole nutmeg) but they're easily found and well worth the effort of picking up.

You might be wondering, as I did, what the end result tastes like. I'd say it tastes somewhat like gingerbread, but not. It's spicy in a similar way to gingerbread, but definitely not the same. Spicy and buttery is how I would describe it. I like to eat it very lightly toasted with nothing on it, but a light spread of butter is even better. A drizzle of honey makes it sweeter and is equally as enjoyable. 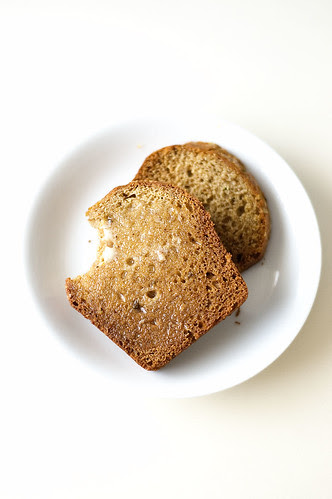 2. Sift together the flour, rye flour, baking soda, all the spices and salt into a bowl. Sprinkle in the anise seeds.

3. In the bowl of a mixer fitted with the paddle attachment, mix the butter, egg, honey and orange zest (this can also be done by hand as well).

4. Alternately, add the water then dry ingredients in 3 additions, making sure to scrape the sides of the bowl between each addition.

5. Pour the batter into the prepared pan and bake for approximately 55-60 minutes, or until a toothpick inserted comes out clean. Let cool completely before slicing.

Storage: Pain d'épices can be wrapped in plastic and stored for at least a week, during which time the flavors will meld and it'll get denser. It can also be frozen for a few months.
Posted by Jayme at 12:13 PM