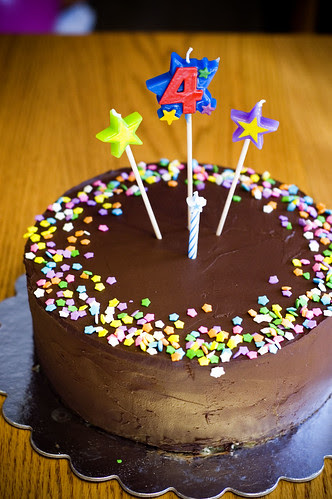 My son recently had a birthday, which meant a cake was in order! My mind initially drifted off into thoughts of what wonderful and new recipes I could try out for this special occasion. Then I came back to reality and remembered that this was a soon-to-be four year old that I would be baking for. A rather picky, soon-to-be four year old, to be exact.

So I brought my head back out of the clouds and found something simple. Rather than bake another chocolate cake (not that there's anything wrong with good 'ol chocolate!) I remembered a basic yellow cake recipe I'd seen on Smitten Kitchen not too long ago. Deb had declared it the "best birthday cake" so I knew this had to be a winner.

My son's only request was that it have stars all over it. Ah, he is *so* my son! 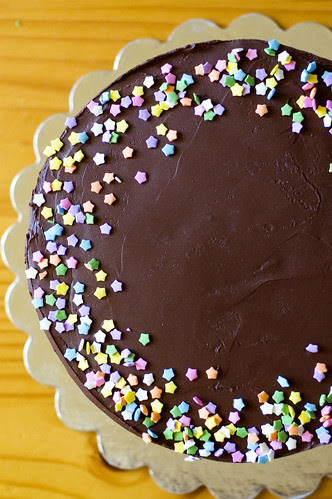 The cake turned out fabulously! It rose beautifully in the cake pans and had a nice very light yellow color. The taste and texture were superb! It stayed moist even in an airtight container on the counter 3 days later (same goes for in the fridge too!). The frosting was equally as good and was a dream to work with. This stuff spreads so well and wants to be nice and smooth for you. It's super easy to make and has a very strong chocolate flavor, so be sure to use a good quality chocolate. 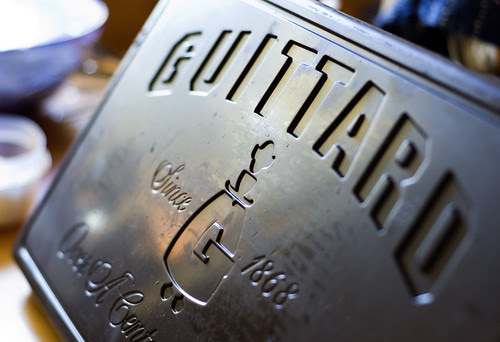 finally broke into this 10 pound bar of Guittard chocolate 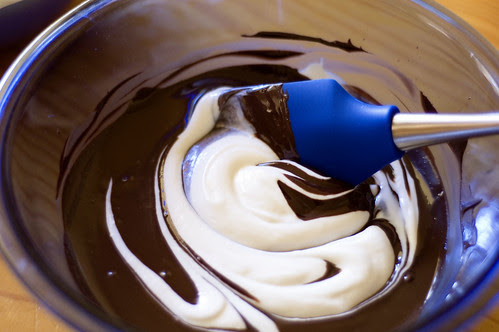 making the frosting - no mixer required 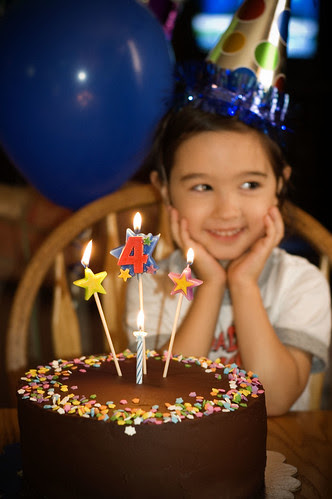 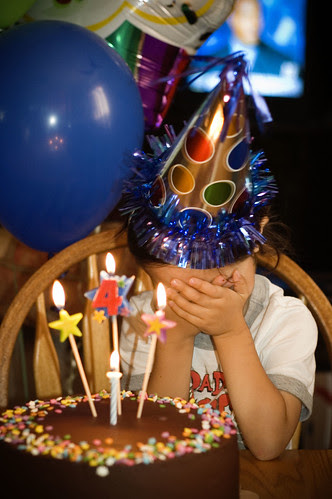 sometimes he gets momentarily shy 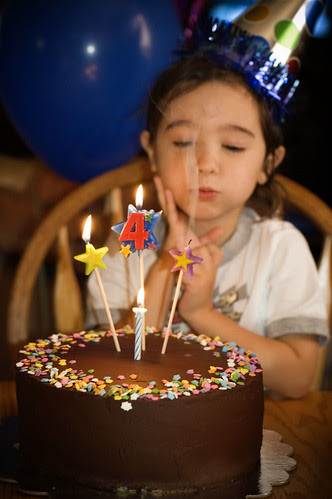 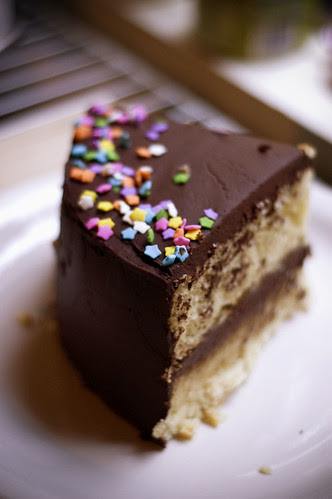 Preheat oven to 350°F. Butter and flour two 9-inch round cake pans (Alternately, you can use a cooking spray, either with just butter or butter and flour to speed this process up.)

Sift together flour, baking powder, baking soda, and salt in a medium bowl. In a large mixing bowl, beat butter and sugar in a large bowl with an electric mixer at medium speed until pale and fluffy (about 3-5 minutes), then beat in vanilla. Add eggs 1 at a time, beating well and scraping down the bowl after each addition. At low speed, beat in buttermilk until just combined (mixture will look curdled). Add flour mixture in three batches, mixing until each addition is just incorporated.

Spread batter evenly in cake pan, then rap pan on counter several times to eliminate air bubbles. Bake until golden and a wooden pick inserted in center of cake comes out clean, 35 to 40 minutes. Cool in pan on a rack 10 minutes, then run a knife around edge of pan. Invert onto rack and discard parchment, then cool completely, about 1 hour.

Makes 5 cups of frosting, or enough to generously frost and fill a two layer 9-inch cake (with some left over)

Whisk together the sour cream, 1/4 cup of the corn syrup and vanilla extract until combined. Add the tepid chocolate slowly and stir quickly until the mixture is uniform. Taste for sweetness, and if needed, add additional corn syrup in one tablespoon increments until desired level of sweetness is achieved.

Let cool in the refrigerator until the frosting is a spreadable consistency. This should not take more than 30 minutes. Should the frosting become too thick or stiff, just leave it out until it softens again. 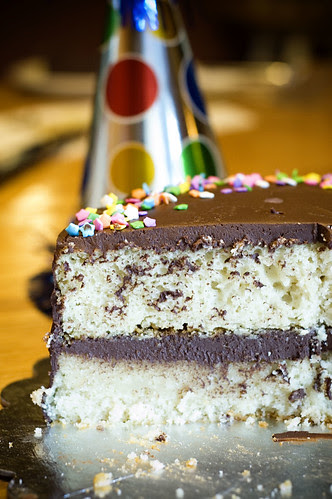