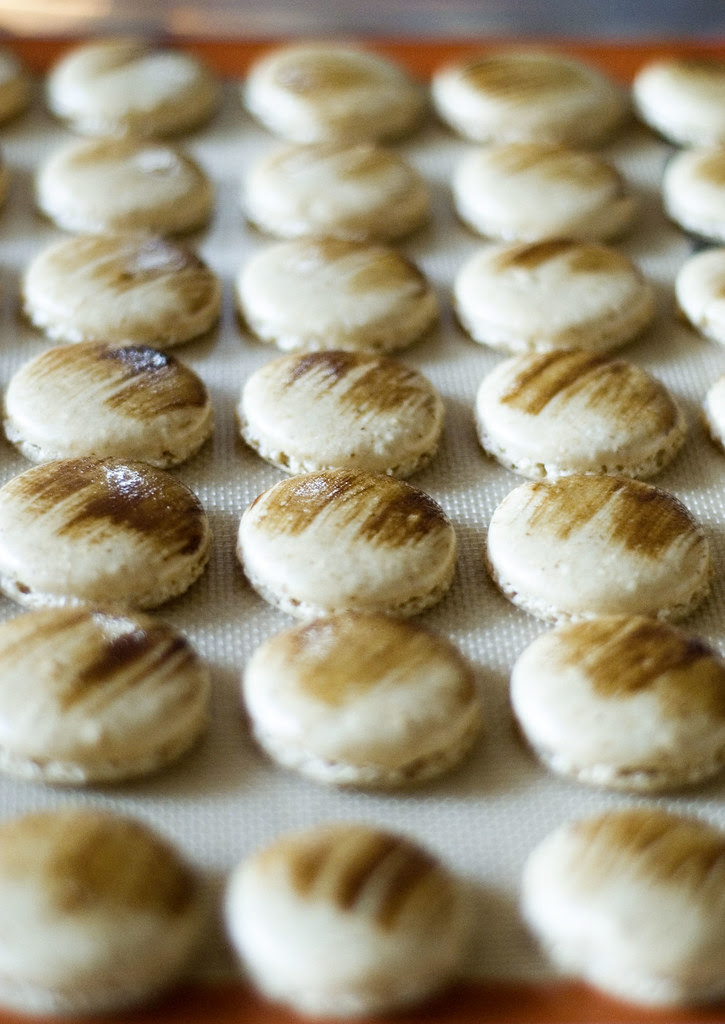 Ah yes, the macaron. I love them so.

The 2009 October Daring Bakers’ challenge was brought to us by Ami S. of Baking Without Fear. She chose macarons from Claudia Fleming’s The Last Course: The Desserts of Gramercy Tavern as the challenge recipe.

It took a few trials and errors before I became comfortable making the oh-so-finicky macaron. I know which recipes work for me and most of the time end up with a final product that is every thing I set out for it to be. 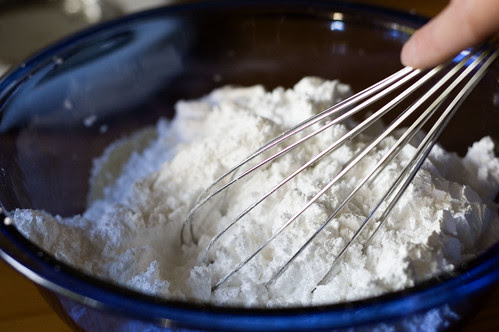 Was I alarmed when I saw this month's Daring Bakers challenge involved a new, never before used (by moi) recipe for macarons? No. I felt fairly confident that I know what I'm doing and wouldn't have much of a problem with this new recipe. I thought, "Oh, hey, I'll just whip these up really quickly, no problem. I'm such a rock star macaron maker! I'll conquer this recipe too! Yeah!"

Cockiness is so unbecoming, isn't it? 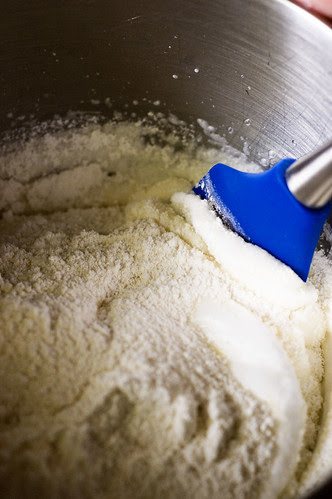 I'll be straight with you: I was TOTALLY wrong! I most certainly did not conquer this recipe. Nope. Not at all. This recipe gave me a good bitch slapping, a la Rick James to Charlie Murphy. Not only once, but TWICE! Yeah, didn't learn my lesson the first time apparently. I thought maybe the first time was a fluke, or perhaps it was just one of those macaron....things. You know, they don't work out sometimes. However, I like to think I've surpassed the days of not really knowing what I'm doing when it comes to making macarons. I can usually tell if something is not quite right before they're baked, and I tend to be correct. 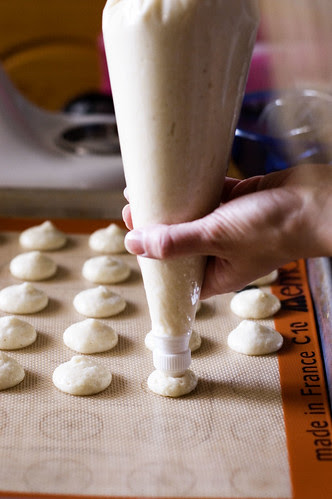 I love this part

Such was the case with this recipe. There seemed to be a lot of egg white to powdered sugar/almond flour ratio going on - 5 egg whites to roughly around the same weight of powdered sugar/almond flour that is used in recipes that tend to call for about 3 egg whites. Okay...I thought, how could more egg whites be a bad thing? Well, it was. I could tell the batter was different than usual after the macaronage stage. I persevered anyway and ended up with...well, not macarons. No feet. Undercooked. Sticky. Bleh. Not good. 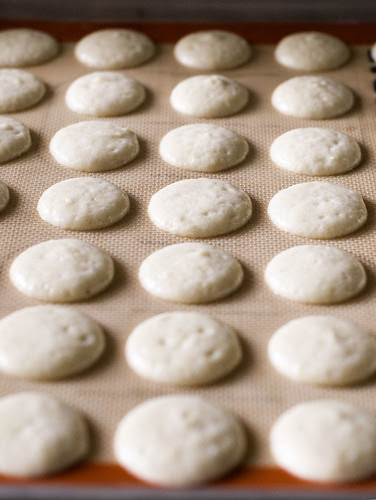 I could tell something just wasn't quite right with this batter...

For some silly reason, I gave the recipe a second chance, despite being very pressed for time. What a waste that was! The second go-round was just as much of a failure as the first. 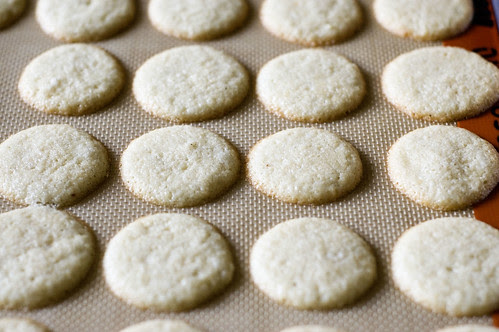 Of course, having a bit of a perfectionistic nature, I had to bake them again...only this time using a tried and true recipe that doesn't fail me.

So in the end, I (finally) got what I set out to achieve and that pleases me. It pleases me greatly.

Rather than post the Daring Bakers recipe (which you can find here, if you're so inclined) I'm going to include the recipe that worked for me. If there's one thing I've learned about making macarons, it is this: not every recipe works for every one. Find what works for you and by all means, stick to it! Whatever tickles your fancy and gives you the results you set out to achieve is the best recipe to use.

method:
In a stand mixer, whip egg whites until foamy. Gradually add the granulated sugar and continue to beat until you have a glossy meringue with nice peaks (you can test if they're stiff enough by turning the bowl upside down - if the meringue stays put, you're good to go.)
Meanwhile, in a food processor, combine the powdered sugar, almonds and espresso powder and pulverize until the almonds are ground very fine.
Gently fold in the almond mixture into the meringue (I do this 1/3 at a time) being careful not to over mix. You want the batter to "flow like magma".
Place the batter into a pastry bag fitted with a plain tip and pipe onto silpat or parchment lined baking sheets. Allow the shells to dry for at least 30 minutes (I usually let them sit for an hour).
Bake at 280° F for approximately 15-20 minutes.

To paint the shells:
Take approximately 1 teaspoon of instant espresso or coffee powder and add enough water to make a thick paint-like texture. Use a clean paint brush to add brush strokes to the top of the baked shell. Allow the tops of the shells to dry before filling.